Today I’m excited to be reviewing Newblood & The Ice Princess! 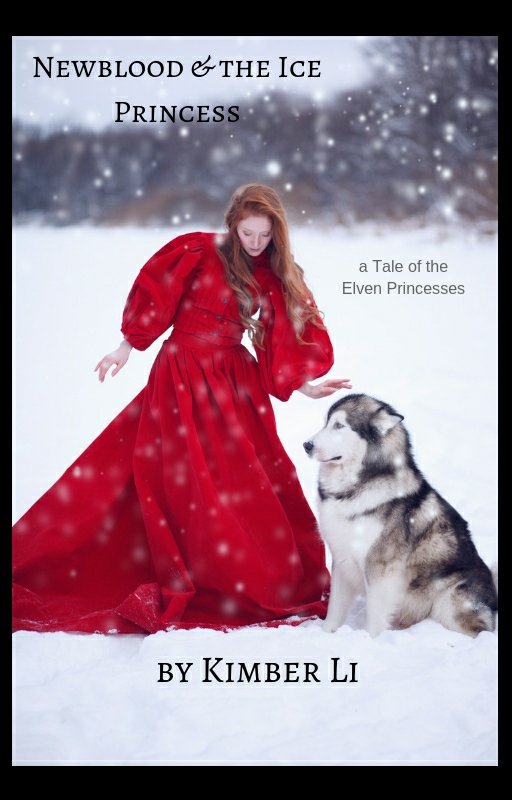 Ophelia longs to be free, free of Diabetes, free to attend the college of her choice, free of her monstrous ex-boyfriend.

Gaining that freedom comes at a terrible cost, for Alaska isn’t called ‘the last great place to hide’ for nothing. Other than human renegades, an array of creatures hide among the blinding white snow. Bear-shifters. Vampires.

Elves of the Borean Realm.

Adrian’s the new guy in school. He faked his identity to get close to Ophelia, knowing the same monsters who took his sister would try to take her too. He knows better than to get too close, but he has no idea her exceptional senses make that effort futile.

Or that only she possesses the power needed to defeat the Newbloods and save her species from extinction.

I was really intrigued when I read the synopsis for Newblood & The Ice Princess. Renegades, shifters, vampires, elves…count me in! This is my first read from author Kimber Li, and I’m so glad I was able to read this one.

The characters are so well developed and relatable that I felt as if I knew them. The struggles are well conveyed and I was intrigued from start to finish.

I really enjoyed Kimber Li’s writing. I was transported into the story and the plot held my attention from start to end. I highly recommend checking this one out!

Kimber Li bandaged her fingers and pounded out her first novel on a manual typewriter when she was eleven years old. In the years which followed, she decided she wanted a large family of her own. When the time came, she moved to Alaska to find someone tough enough for the job of building it with her. Pregnancy hormones kicked her imagination into overdrive and she began to pursue publication. Although she achieved ePublication years ago with three Young Adult stories and one Sweet Romance, she discovered Indie Pub was a lot more fun for her and never looked back. She now makes her home in the Pacific Northwest with her husband of multiple decades, four children who are now taller than her and want a puppy, two spoiled rotten cats, and a bunch of chickens who are nothing but freeloading slackers.