Justice Gone, a mystery/legal thriller which publishes February 22, 2019, touches upon many topical, controversial issues in today’s society as well as being a thrilling and engaging read. The story encapsulates current social issues: police brutality, homelessness, the plight of returning war veterans, the frenzy of the press, and the mechanics of the US judicial system.

“When a homeless war veteran is beaten to death by the police, stormy protests ensue, engulfing a small New Jersey town. Soon after, three cops are gunned down.

A multi-state manhunt is underway for a cop killer on the loose. And Dr. Tessa Thorpe, a veteran’s counselor, is caught up in the chase.

Donald Darfield, an African-American Iraqi war vet, war-time buddy of the beaten man, and one of Tessa’s patients, is holed up in a mountain cabin. Tessa, acting on instinct, sets off to find him, but the swarm of law enforcement officers gets there first, leading to Darfield’s dramatic capture.

Now, the only people separating him from the lethal needle of state justice are Tessa and ageing blind lawyer, Nathaniel Bodine. Can they untangle the web tightening around Darfield in time, when the press and the justice system are baying for revenge?”

Justice Gone is the first in a series of psychological thrillers involving Dr. Tessa Thorpe.

Bruntfield, New Jersey, just another banal town in a part of the country that nobody thinks about, was about to become famous; or rather, more aptly put, infamous. People sauntered past lackluster shops unaware that in a few days, the lackadaisical streets would bear the rabid frustrations that divided the nation; a pus-like bitterness that was held in check by the demands of everyday survival and the distractions offered by obsessive consumerism and brazen media.
Some would inevitably blame the cascade of events on the weather, since the origins could be found on a hot summer day in 2006. Sure, just about all summer days are hot, but this one was close to the record, and humid to boot. By the end of July, the Northeast coast was suffering under a sweltering heat wave. Despite the humidity, no one could remember the last time it had rained. A hundred-year drought was predicted, they’d said.
Bruntfield, among the many places under this curse, had its water supply so severely depressed that the city authorities were forced to impose water rationing. As if that wasn’t enough, the excessive load on air conditioners led to incessant brownouts. With the weather nothing less than insufferable, suffocating, oppressive, even provoking, tempers flared along with the temperature. But the local situation, as bad as it was, was about to get worse.
In the heart of this small town, just a block up from the bus depot, sat Sliders, a rather successful drinking establishment catering to young adults, and noted for its ecstasy-fueled rave parties. At four in the afternoon, the owner, Joe Poppet, a burly man with a thick red beard and a well-developed beer belly, was staring out the large glass facade of his bar.
“Screw this heat, man.”
Joe was sweating because he didn’t want to turn on the air-conditioning; as a rule, he didn’t put it on until a half hour before opening. He possessed a rather cynical personality, considering himself continually persecuted by life’s little aggravations. Now it was the heat ramping up his electricity bill; soon it would be the freezing temperatures inflating his heating bill…always something. His worries constantly exceeded his hopes. He was sort of a “glass-half-empty” man.
Rudy Glum, the shaven-headed bartender, was an easygoing optimist, a “glass-half-full” kind of guy. He was whistling as he washed the glasses in the sink behind the bar. “Tell me about it,” he chuckled. “I hear ya, buddy.”
But Rudy’s sanguinity did not rub off on Joe. “There’s that guy again.”
“What guy?”
“That fucking guy we saw yesterday.”
“Oh, yeah, he’s probably from the bus depot. Lotta homeless hang out there.”
Joe continued to stare out the glass facade, feeling helpless. “For Chrissakes, why can’t the city do something and get rid of those bastards. They’re a fucking eyesore…it’s bad for business. Probably got diseases too.”
Rudy finished drying the glass in his hand and hung it up on the beer mug rack. “Yeah, it’s a goddamn shame,” he said noncommittally, trying to get these glasses done before the evening crowd surged in.
“He doesn’t have a shirt on.”
“Yeah, well it’s hot, ain’t it? Wish I could take mine off.”
“And we’re opening in an hour. Ladies Night tonight.”
Rudy said nothing while reaching for another glass from the sink behind the bar.
“Call the cops.”
The bartender froze with the glass still in his hand. “And tell them what?”
“I don’t know, tell ‘em there’s someone suspicious hangin out on the corner…trying to break into cars or something. That way they’ll come fast.”
Reluctantly, Rudy put down his dishrag, picked up the phone, and dialed 911, not feeling good about it at all. 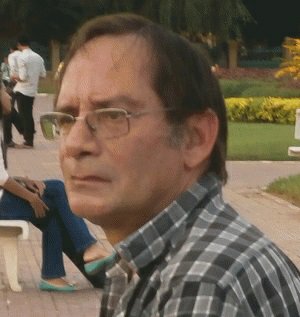 Lombardi Jr, the N for Nicholas, has spent over half his life in Africa, Asia, and the Middle East, working as a groundwater geologist. Nick can speak five languages: Swahili, Thai, Lao, Chinese, and Khmer (Cambodian).

In 1997, while visiting Lao People’s Democratic Republic, he witnessed the remnants of a secret war that had been waged for nine years, among which were children wounded from leftover cluster bombs. Driven by what he saw, he worked on The Plain of Jars for the next eight years.
Nick maintains a website with content that spans most aspects of the novel: The Secret War, Laotian culture, Buddhism etc. http://plainofjars.net

His second novel, Journey Towards a Falling Sun, is set in the wild frontier of northern Kenya.

His latest novel, Justice Gone was inspired by the fatal beating of a homeless man by police.
Nick now lives in Phnom Penh, Cambodia.

Does this sound like a trilogy you’d read? Let me know if you do!